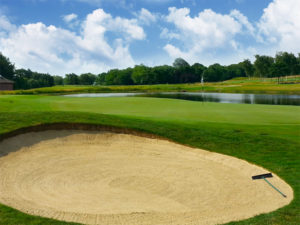 Once again, Newport National Golf Club hosted the 2018 Bentley Newport National Classic.  Players and spectators, alike, were treated to a great competition as ten notable colleges went head to head for the title. By virtue of a better second round score, Babson College led the pack with a team total of +14, edging out Dominican College. Bentley University finished third followed by Assumption College.

Kyle Alexander, from Babson College, took the individual title with a total score of -2, bettering Leonard Lee of Dominican College by two strokes.

Newport National congratulates all who participated and look forward to the 2019 tournament!

The Ham Man Can: The fall weather had clearly arrived for the morning of the…