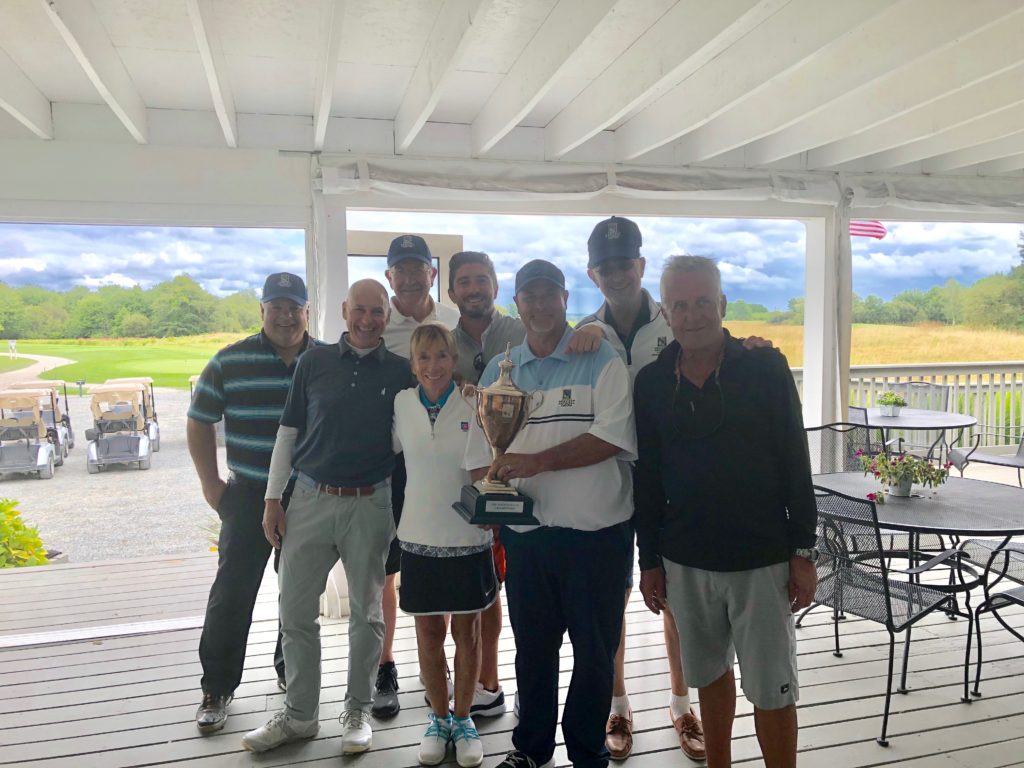 Newport National’s 3rd Annual National Cup event brought with it cool, brisk weather. With a touch of fall in the air and a strong wind, the flag flew straight at the start of the day. It was apparent, to both captains, that the course conditions would be more challenging than normal. Upon arrival, players acknowledged the weather conditions but were eager to begin play and take on the challenges that laid ahead.

Team Vineyard was captained by Head Professional, Christopher Hulme. With most of his team on the premises, early that morning, Captain Hulme was ecstatic by their enthusiasm and felt they were ready to face their opponents, Team Orchard, captained by Assistant Professional, David Johnson.

The tournament had a total of 20 players which were paired together as 2 player teams to form 5 matches. Each match was worth 3 points. If you won the front side, back side or total match, your team earned one point for each win. After all points were tallied, Team Vineyard, coached by Head Professional Hulme, prevailed victoriously. Team Vineyard held off Team Orchard by a score of 10 to 5.

Alas, revenge for Team Orchard will have to wait for another year.

Reflections of the day’s challenges, great shots and near misses were amongst the discussions over food and drinks on the deck. A great time was enjoyed by all with a pass around of the trophy beverage to Team Vineyard.